There are so many misconceptions about what depression is really like, and what struggles people like me face each day.

Depression is actually a really difficult condition to understand when you haven’t experienced it yourself (not that I would ever want you to). We find things difficult that most people wouldn’t even think twice about.

It can be very frustrating as we are often seen as lazy or like we aren’t tying hard enough simply because we find even the smallest of things very overwhelming.

In an effort to help more people understand what we’re really dealing with, and raise more awareness of the true struggles of depression I have decided to write a list of the things we find difficult. It’s not an exhaustive list – there are so many things each individual finds difficult, it differs from person to person.

These are just a few things I’ve come across myself or in the mental health community on twitter.

No time to read now? Pin it for later

This can be split into several different areas: showering, brushing your hair, cleaning your teeth, washing your face, shaving, or any number of other things.

Even though most people may look at any one thing on that list and think that they are nothing, or maybe the whole list seems like no issue, for me any one item on that list takes up a certain amount of mental and physical energy.

For the most part the thought of all of the components of any one of them is enough to put me off trying. Even if I make it through one it’s likely I won’t have much mental or physical energy left over to take on another one.

It’s hard to explain what it feels like in my mind when I think about having to tackle taking a shower, or anything else, when I’m in the height of low mood. It feels a bit like an endless to do list that will never get completed, and it is insanely stressful and overwhelming. Which is why, more often than not, I will just opt not to do it.

I think we often get shamed for having poor personal hygiene because it’s something that people just don’t think twice about. You get up, shower, clean your teeth, get yourself dressed, and go out the door. But for us it’s just not that simple.

Every single task seems monumental. The least important bits get skipped. And then we’ve left it so long that it becomes this impossible thing to conquer.

But when we do manage it, we do feel amazing. Not just because we’re clean, but because of what we’ve had to overcome to get there.

Everybody eats right? We all need to do it to stay alive.

Meal times are something I always dread, because I get insanely overwhelmed by all of those questions, to the point where I can’t answer any of them. This is the reason why so many of us turn to things like microwave meals, junk food and takeaways. Because it’s easy.

It’s easier than having to rack your brain to actually decide what to eat. It’s easier than trying to piece together enough energy to stand over the stove and make a proper meal. And it’s definitely easier when it comes to clean up.

I’m not saying it’s the right way, I for one am definitely trying my best to be healthier. But having lived with someone who can just look in the kitchen and decide to make something, then create it with very little thought or effort, it baffles me that people can just cook. It just doesn’t seem possible to me!

I’ve already written about the loneliness and isolation people with depression are often faced with. We struggle with socialisation. We are still social beings, we want to be social, we want to connect with you. But socialising with friends involves so many different factors, each one posing their own problems.

It takes a lot of energy to talk to people. Especially when it’s a group of people. I can’t keep up with the conversation, I can’t take in what is being said, and I really struggle to think of things to say.

I’m also not very good with last minute plans. I like to know in advance what we are doing and where we are going so I can mentally prepare myself for it. Particularly if it’s somewhere I’ve not been. I can’t handle when things are changed last minute, or if something spontaneous pops up. I often just have to make my excuses, because it’s enough to cause a panic attack.

If you are inviting someone out who often doesn’t join, it may not be because they don’t want to. I always want to go out and see my friends. I often crave time with other human beings. It’s just not always possible. Please don’t stop inviting us!

Housework is often the bane of everyone’s life (although I do know some people who do enjoy it – I’m looking at you Monica Geller), but it’s something I just dread.

Cleaning things takes so much energy, and it just seems so daunting. When you lack energy and motivation there just seems to be no oompf there pushing you to keep your environment clean.

Its also easy to forget. When you already struggle with your memory things like this just fall through the cracks until there’s just so much to do that the thought of doing is just too much. I can’t count the number of weekends I’ve planned to clean part of my flat, but between everything else I’ve had to deal with it just gets put off.

I want to be a house proud person, it’s just not possible for me right now. Please don’t judge us, we are struggling to look after ourselves let alone our homes.

There have been psychological studies that show people with depression tend to focus more on negative information, they are biased towards it. For example, they are often quicker to react to negative (or mood congruent) words than positive ones. One example of this can be found in this study.

It’s just hardwired into our brains – and that can be difficult to overcome.

As such it can also be very difficult to overcome the negative aspects of our day, and move on. If something bad happens that effects or mood, it’s likely we will focus on this for a while. It’s so hard to pull yourself out of the negative spiral depression sends you on.

Even the most minor inconvenience can cause questions like ‘why me?’ or ‘what is even the point?’ They can ruin our whole day. I can’t even count the number of times I’ve looked back and wondered why I reacted the way I did to something small, but it’s just how my mind works, and it can take a lot of effort to get myself out of the spiral.

So I urge you to think twice next time you think one of us is over reacting to something. It isn’t our fault, and it takes a lot to get out of the habit of focusing on the negative.

And so many more

As I said, this isn’t a definitive list, there are so many things that people like me struggle with that other people take for granted. I just wanted to shed some light on a few of them.

Love Languages: Ways to Say ‘I Love You’ Without Words

5 Ways to Support Someone With a Chronic Illness 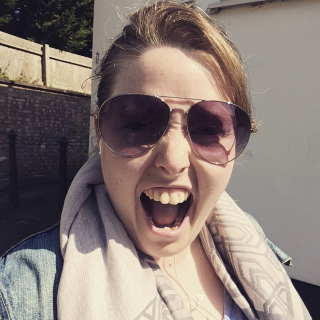